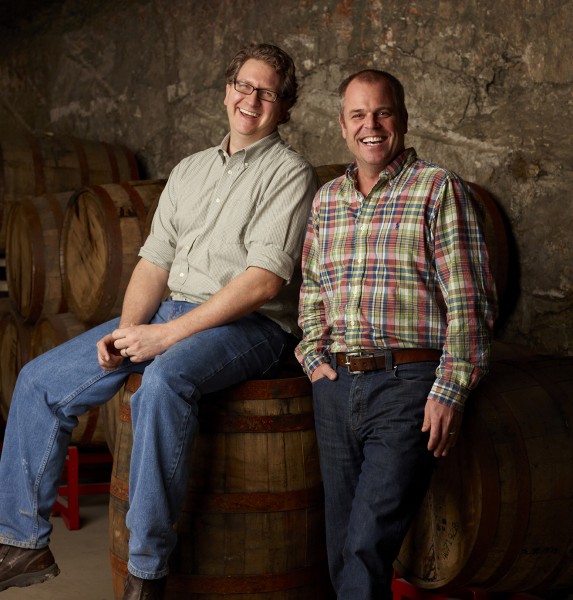 We’re excited to announce that the 2014 keynote speakers won’t have to travel far to make it to the AHA conference. Dave Engbers and Mike Stevens of Founders Brewing Company are about as local as it gets.

They’ll regale thousands of attending homebrewers with stories of their experiences starting one of the fastest-growing and most decorated craft breweries in the nation. Founders has won four awards at the 2010 World Beer Cup®, two medals at the 2010 Great American Beer Festival®, and one award at the 2012 World Beer Cup.

Mike and Dave were both born and raised in Grand Rapids, Michigan, but they didn’t meet until their days at Hope College, where the pair spent their undergrad years dreaming of opening a brewery. After a few years spent on unsatisfying career paths, Mike and Dave decided they never wanted to look back on life with regrets. They wrote a business plan, secured funding and opened the doors of Founders Brewing Company in 1997.

Building the brewery from the ground up, the pair spent time in every role—from bartending to the business office, from bottling to sales. Today, Dave holds a marketing-focused role as the face and personality of Founders, while Mike leads the business side of things.

Founders has seen its annual barrel output nearly double each of the last six years while distribution has expanded from seven states to 27. In 2011, the company expanded its facility to keep up with demand. The expansion included a new 85-barrel brew house, new kegging and bottling lines and the addition of twenty 400-barrel fermenters, increasing Founders’ annual capacity to 140,000 barrels.

In late 2012, they expanded again, adding new cellar space. In 2013, Founders added two new vessels to the 85-barrel brew house, installed a pilot brew house, expanded their taproom and built a new beer garden, educational facility and offices. Founders finished 2013 with around 115,000 barrels produced and their facility currently has approximately 320,000 barrels of annual capacity. Founders projects to increase their production to 180,000 to 200,000 barrels in 2014.

They’re known for many awesome beers, including the legendary Breakfast Stout.

As if there weren’t enough great reasons to have a Founders beer! Now, if you make it to Grand Rapids for the National Homebrewers Conference, you’ll have to make sure to taste a few and perhaps even visit the brewery.